Heroin use, deaths surge while percentage of those seeking treatment stays the same 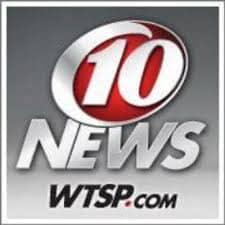 TREASURE ISLAND, Fla., – A joint report issued this week by the Food and Drug Administration and the Centers for Disease Control and Prevention cited a major increase in heroin deaths and overdoses in the U.S., but one local treatment center says the number of people seeking treatment has leveled off.

Last year, the addiction and rehabilitation specialists at Footprints Beachside Recovery Center in Treasure Island saw the correlation with the increase.

In 2014, patients seeking treatment for heroin addiction at Footprints Beachside Recovery Center amounted to 30 percent of their total clients. So far in 2015, that percentage is the same.

“While the government’s report on the increase of heroin use, overdoses and deaths is both tragic and alarming, the fact that we have not seen a corresponding increase in those seeking treatment also creates a great deal of concern,” said Templeton.

The report on Tuesday showed heroin deaths spiking from 2002-2013 at 286 percent. Overall, heroin use among men and women, most age groups and all income levels increased.

The report titled, Vital Signs, cites prescription opioid use as the strongest risk factor for heroin use, with opioid users being 40 times more likely to use heroin.

“The majority of those we see suffering from heroin addiction almost always began their downfall by abusing prescription pain-killers,” said Templeton. “With the pill-mills drying up, prescription pain killers have become more expensive, and heroin is filling the void as a cheaper alternative.”

Vital Signs identified the most at-risk groups as non-Hispanic whites, men, 18-to-25 year-olds, those with an annual household income less than $20,000, Medicaid recipients and the uninsured. It also found significant increases in heroin use in groups with historically low rates of heroin use, including women and people with private insurance and higher incomes.

Founded in 2008, Footprints Beachside Recovery Center is a drug and alcohol treatment facility located in Pinellas County, Fla. In addition to treating patients from throughout the U.S. and around the world, Footprints provides Florida clinicians with continuing education events and hosts community workshops on addiction related treatment and psychoeducation.

For media inquiries and interview requests, contact our public relations firm at (813) 279-8335 or [email protected]