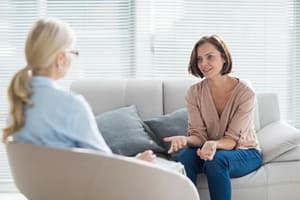 At Footprints Beachside Recovery, we know how hard it is to get started on your journey to sobriety. However, we also know that once you do, you’ll find hope. We offer a trauma-informed outpatient substance abuse treatment programs that we have designed to meet your unique needs. Our programs are small and intimate so we can help you focus on healing. We also offer a variety of holistic therapies that can help you heal your mind, body, and spirit.

If you or someone you know is struggling with addiction, please reach out to Footprints Beachside Recovery at 727.513.5972 for help. Addiction is a disease that can be treated. There is hope for recovery.

Heroin addiction is one of the most challenging substance use disorders to overcome. This substance is an opiate, which means it is derived from the poppy plant. It is a central nervous system depressant that slows down the body’s functions. Short-term effects of heroin use include:

However, with the help of a qualified treatment center, it is possible to achieve sobriety.

Cocaine use rose significantly in the 1980s, and while rates have declined since then, it is still a problem today. This stimulant speeds up the body’s functions and can lead to a feeling of euphoria. Short-term effects of cocaine use include:

Cocaine addiction is a serious disease that can be treated with the help of a professional treatment center.

Methamphetamine is a powerful stimulant that can have severe effects on the user. It is made from chemicals that are usually found in batteries, cold medicines, and other household products. It can be hazardous to your health if you use it over long periods of town.

Marijuana is the most commonly used illicit drug in the United States. The active ingredient in marijuana is THC, which can cause users to feel euphoric and relaxed. Short-term effects of marijuana use include:

While marijuana is not considered as dangerous as other drugs, it can still be addictive and lead to problems in your life. If you or someone you know is struggling with addiction, please reach out for help.

Ecstasy is a synthetic, psychoactive drug that has stimulant and hallucinogenic properties. It is also known as MDMA, molly, or e. Short-term effects of ecstasy use include:

Ecstacy is what is known as a party drug, meaning it is often used at clubs, concerts, and other social gatherings. However, it can be addictive and lead to problems in your life.

Alcoholism, also known as alcohol use disorder, is a chronic and progressive disease. Chronic alcohol abuse can cause a slew of severe health issues, including alcoholic liver disease, pancreatitis, and various types of cancer. It is important to seek help from a professional if you are struggling with alcohol addiction. Alcoholism can be treated successfully, but it requires commitment and dedication to recovery.

If you or someone you know is struggling with addiction, please reach out to us at Footprints Beachside Recovery. We offer a variety of treatment programs that can help you heal your mind, body, and spirit. Addiction is a disease that can be treated. There is hope for recovery. With the help of our evidence-based and holistic therapies, you can begin the life you’ve always wanted. To learn more, please contact Footprintns Beachside Recovery.