The Dangers of Cocaine Laced with Fentanyl 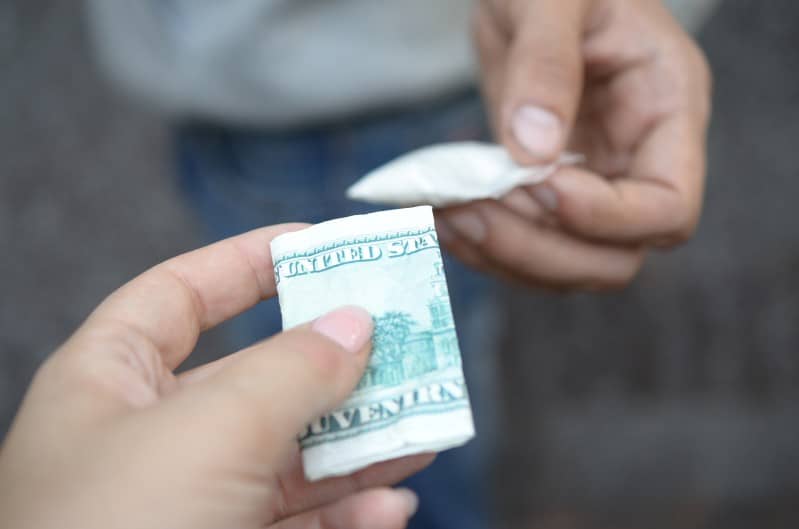 Earlier this year, WPTV in Palm Beach county reported that cocaine is making a deadly comeback in Florida. The Florida Medical Examiner’s Commission Drug Report noted that cocaine-related deaths in the state increased more than two times over since 2015.

Florida’s location makes it a beautiful place to live or visit, but all that scenic coastline also makes it a prime location for drug trafficking. Florida offers easier access for users and contributes to issues with addiction that outpace many other areas of the country. The Drug Enforcement Administration notes that cocaine production is up, but is the increase in traffic the reason we’re seeing so many more deaths involving cocaine?

No, the real culprit in the rise of cocaine-related deaths appears to be a synthetic opioid: fentanyl.

Fentanyl is a powerful synthetic opioid. Other opioids include prescription painkillers, heroin and morphine. How much stronger is fentanyl? It can be 50-100 times more powerful than morphine. Doctors may prescribe something this strong when a patient has developed tolerance to other painkillers. It’s also useful in treating severe pain related to advanced cancer or recent surgery.

Illicit drug operations are also producing fentanyl. As a cheap alternative to prescription painkillers, heroin and other more expensive opioids, its use is unfortunately spreading.

Like other opioids, fentanyl poses a risk for addiction even when following your doctor’s orders. It can cause respiratory issues—particularly for those who haven’t been exposed to opioids previously. This may result in not enough oxygen reaching the brain (a condition known as hypoxia). Hypoxia can lead to coma, brain damage and even death.

What does all of this have to do with cocaine, you ask?

Law enforcement and medical professionals are finding traces of fentanyl in overdose cases related to cocaine, heroin, methamphetamine and other drugs. There are competing theories for this development.

Some allege that drug manufacturers or dealers are intentionally cutting other drugs with fentanyl in order to stretch their supplies. Whether intended or not, this process can also make the drugs more potent and increase their addictiveness. However, the dangerous nature of fentanyl and the unpredictable synergies between drugs would seem to undercut this theory. After all, a deceased customer can’t come back for more.

The other likely scenario is cross contamination. As manufacturers and dealers use workspaces and instruments with a variety of drugs, some batches may be getting the hybrid treatment. With fentanyl’s extreme potency, these trace amounts are still enough to pose significant health risks.

Recognizing a Cocaine and Fentanyl Overdose

A large number of people using cocaine are accidentally overdosing on fentanyl without realizing they’ve ever taken it. According to the National Institute on Drug Abuse, synthetic opioids like fentanyl are involved in more overdose cases than any other drug. A report from the CDC notes that cocaine-related deaths increased by more than 30% in 2016, and of those deaths, nearly 75% involved opioids.

Naloxone, an opioid overdose antidote, has proven effective in treating these overdoses, but medical personnel may have to administer multiple doses for someone struggling with fentanyl exposure. If you suspect you or a friend may have taken cocaine or other drugs tainted with fentanyl, watch for these signs of overdose:

If these conditions are present, seek medical help immediately.

Treatment for Cocaine and Opioid Addiction in Florida

Footprints Beachside Recovery in Treasure Island, Florida is equipped to treat addiction to drugs like cocaine and fentanyl. We have personal experience dealing with opioid addiction, which guides our comprehensive approach to recovery. Our programs aim to heal the mind, body and spirit from the damage that drug dependency has caused.

If you or a loved one is struggling with addiction, contact us today to begin reclaiming control of your life.