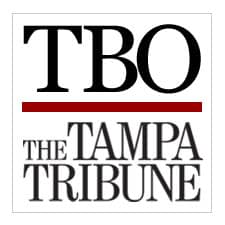 The U.S. Food and Drug Administration’s decision this month to approve the narcotic painkiller OxyContin for use in children as young as 11 has raised a host of questions for parents, doctors and those who help treat addiction in juveniles.

Among them: Will the stamp of approval from the FDA lead to better research and pain relief for children, primarily cancer patients, suffering from long-term pain? Will doctors begin prescribing OxyContin to more young patients ill-equipped to deal with the addictive drug? Will big pharmaceutical companies drum up demand by heavily marketing the drug?

Relax, says the FDA; the practical effects should be relatively small.

Oxycontin is the extended-release version of oxycodone, which belongs to the opioid family of painkillers. FDA spokesman Eric Pahon said the regulatory agency saw a need to increase the drug’s availability to children with painful, long-term injuries such as a broken back and illnesses such as cancer. The FDA’s decision earlier this month makes OxyContin an approved prescription for children ages 11-16.

Many of those children were already been being prescribed the drug, but before the approval, OxyContin was an off-label prescription that had no dedicated usage for children. That meant doctors prescribed the drug as they saw fit, without any guidance from the FDA. Now that it is approved, the label will carry a list of recommended uses.

Pahon said the approval will help physicians make better-informed decisions when prescribing OxyContin. Continuing education classes will be implemented so doctors can stay current with best practices concerning the drug.

“We wanted to fill that knowledge gap,” Pahon said. “Since the drug was being used to treat children, we wanted prescribers to have the information they needed to ensure safety and efficacy. That was the underlying reason for this approval.”

That doesn’t allay everyone’s worries about the FDA giving its blessing to a drug so closely linked to the prescription drug abuse epidemic. The fear is that the drug could get prescribed to young patients with less severe ailments or those who are prone to addiction.

Florida was once the most notorious state in the country for prescription drug abuse, but the state began sobering up after laws were passed in recent years that have shut down hundreds of pill mills, making it harder for addicts to get access to opioids.

Templeton said the FDA’s approval could slow down the progress that Florida has made. He said the majority of addicts under 25 become addicted as teens, and painkiller addiction often starts when one person passes along prescribed pills to a friend.

“There’s a lot of responsibility on society right now to learn from the past,” he said.

Templeton said it is hard to argue that someone with a broken back or another severe injury does not deserve pain management. He said there has to be a certain level of accountability on the doctor, though, and responsibility among the adults surrounding children who are taking OxyContin.

“There has been a criticism that vital drugs aren’t approved for children,” Peredy said. “Children who are suffering from horrible cancers should have all the tools available to them.”

Peredy said he does not think the approval will lead to more drug addicts but said he could see it leading to a “small uptick in the amount of prescribing of these drugs,” noting the approval will allow OxyContin to be advertised as a treatment option for children needing pain relief.

“Now OxyContin can open a full-page ad in a pediatric magazine,” Peredy said.

Pahon said he does not expect to see such ads from Purdue Pharma, even if the drug company is legally allowed to do so.

“I think that it is highly unlikely that is going to happen,” Pahon said.

Kathryn Cates-Wessel, executive director at the American Academy of Addiction Psychiatry, said people who begin experimenting with drugs at a young age are at a greater risk to develop addictions. Drugs are often a coping mechanism among teens for social anxiety and depression, she said.

“We are a society of quick fixes,” she said.

There can be a false perception of safety among people who use opioids recreationally because the drugs also are prescribed by doctors, said Larissa Mooney, an assistant clinical professor of psychology at UCLA and board member of the American Academy of Addiction Psychiatry.

“They don’t understand the risks and harms,” she said. “The real harm of these medications, if they are taken for recreational usage, is if they are mixed with other substances.”

Noting OxyContin was already being prescribed to children, Mooney said she does not expect the FDA approval to increase the number of addicts. She said the focus now should be on informing people of the addiction potential and how to use, store and dispose of the drugs.

“Like everything else, with them having this drug approved there are some good things and there are some risks involved,” she said. “They need to figure out when to use the medicine for kids.”