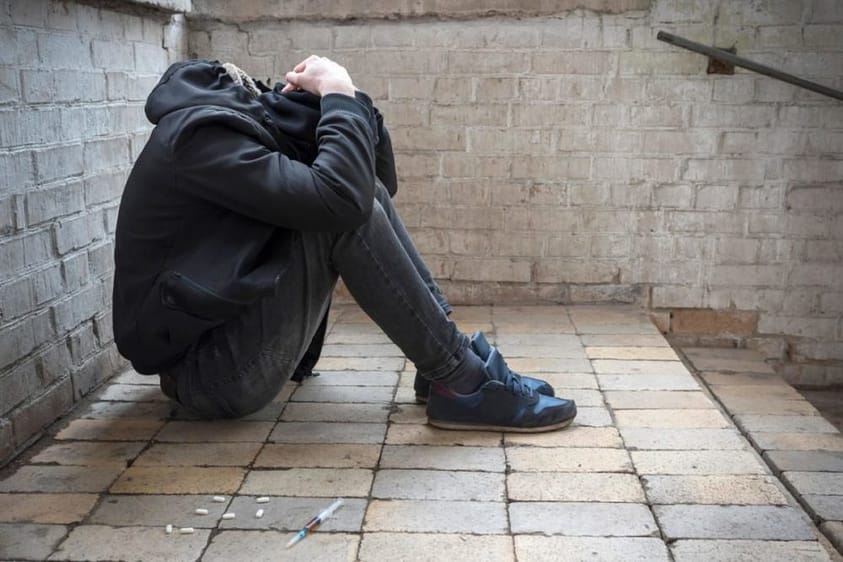 Did you know that, according to the National Survey on Drug Use and Health in 2016, roughly 950,000 Americans said they’d used  heroin within the last year? In fact, over the last 10 years, heroin use in the young adult population has almost doubled. With more people across the nation struggling with heroin abuse, it’s important to have the correct information about the drug.

The truth about heroin addiction and abuse often gets muddled by its depiction in movies and television shows. We’re here to expose the myths about heroin so you can learn important facts about the substance.

Heroin Myth #1: Smoking or Snorting Heroin Is Safer than Injecting It

One of the most common misconceptions about heroin is that smoking or snorting isn’t as dangerous as injecting it. However, it’s important to know that the immediate negative side effects of using heroin are more severe when you smoke or snort it.

No matter how you use heroin, it poses a serious threat to your well-being. Whether you inject, smoke or snort it  into your system, you’re increasing your risk of insomnia, heart disease and overdose. Once heroin enters your body, it often causes an intense psychological and physical dependence that’s hard to escape from without a professional detox program.

Heroin Myth #2: Heroin-Related Overdoses or Deaths Are Linked to Impurities

There’s a myth about heroin that claims the majority of overdose deaths are linked to impurities found in the drug. The National Drug & Alcohol Research Centre in Sydney, Australia, conducted a comprehensive study and found that heroin deaths related to impurities are very rare.

In fact, they discovered that polydrug use (when you abuse more than one drug at once) is the most dangerous threat to anyone who uses heroin. If you combine heroin with another central nervous system depressant like alcohol, you have a high risk of experiencing respiratory depression. The truth is that many people often combine substances when they’re struggling with addiction, and that most definitely can lead to overdoses or death. The good news is that expert drug rehab centers like Footprints Beachside Recovery can help you address the underlying cause of your substance abuse.

Even though heroin is widely considered to be one of the most addictive abusive substances, it’s very rare for someone to become completely addicted after a single use. With opioids like heroin, it usually takes anywhere from two weeks to a month of frequent use to become addicted.

You can become addicted to heroin because of the effect it has on your brain. Heroin releases dopamine (a chemical linked to feelings of pleasure) that triggers your brain’s natural reward center. Every time you use heroin, you’re getting your brain accustomed to an artificial influx of dopamine. Over time, this changes the chemistry in your brain, making you feel dependent on the effect heroin has on your body.

Heroin Myth #4: Quitting Heroin on Your Own Is  the Best Path to Lasting Sobriety

Some people believe that quitting heroin on your own is the best way  to reach lasting recovery. As much as someone struggling with heroin abuse wants to stop, it’s very difficult to resist the temptation while going through withdrawal symptoms.

To drastically increase your odds of breaking free from opioids, you should strongly consider entering  a personalized drug rehab program like the ones offered at Footprints Beachside Recovery. An expert staff will be there to help manage your withdrawal symptoms in a private and healing environment.

Lasting Sobriety from Heroin Is  Possible at Footprints Beachside Recovery

At Footprints Beachside Recovery, we know that no two heroin addictions are alike. Each person has their unique triggers and psychological challenges to work through. That’s why our staff takes a personalized approach to heroin addiction treatment. We’ll get to know you before creating a recovery program, so our staff can better meet your specific physical, mental and emotional needs in recovery. If you’re ready to break free from the hold heroin has over your life, contact our admissions team today.