What is Alcohol Induced Psychosis? 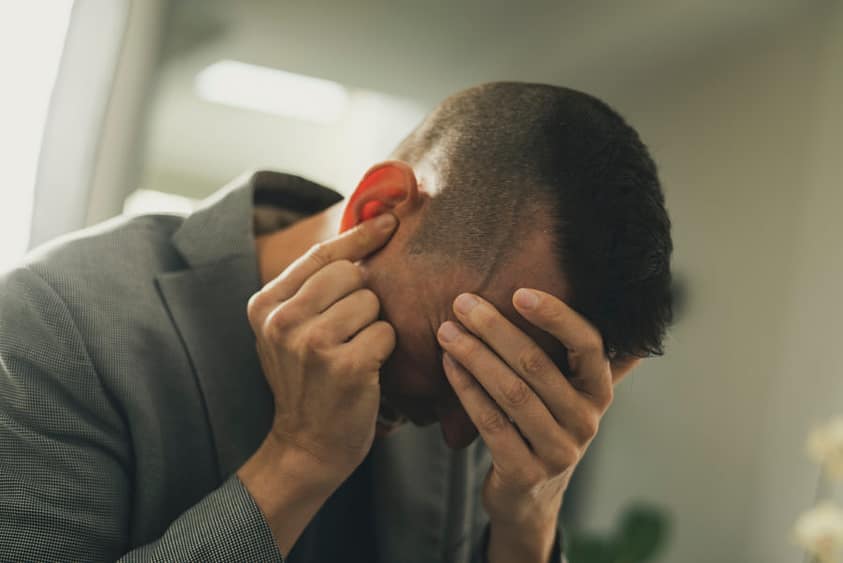 Have you ever tuned in to a TV show or movie that has a tragic character who can’t seem to get a firm grip on what’s happening around them? They often seem lost, like they’re off in their own world without an anchor to guide them back.

This is what’s known as psychosis. It’s a mental disorder that causes someone to lose touch with reality. What your TV show or movie may not have explained was why the character suffered from psychosis in the first place. In some cases, psychosis is triggered by medication, but in other cases, it’s linked to alcohol abuse.

In this post, we’re going to shine some light on alcohol induced psychosis. That way, you’ll get a better understanding of this condition and know the signs and symptoms to look out for.

Can Alcohol Cause Psychosis?

The short and simple answer is yes, alcohol does have the potential to cause psychosis, especially when it is abused. Alcohol induced psychosis usually appears after severe substance abuse or during withdrawal. The exact reason why alcohol-induced psychosis happens is still debated.

Psychosis caused by acute intoxication happens when someone drinks a very large amount of alcohol at once. While it’s rare for psychosis to be triggered after one instance of heavy drinking, it is possible. Once your body fully processes the alcohol, the psychosis symptoms usually stop.

But, there’s an added danger to acute intoxication. The amount of alcohol needed for this to happen is on the same level as alcohol poisoning. This is why anyone experiencing psychosis as a result of acute intoxication needs to seek emergency medical services right away.

Like we mentioned above, it’s possible to experience psychosis as an effect of withdrawal. While uncommon, hallucinations can happen if you’re withdrawing from alcohol. In some cases, these hallucinations pick up momentum and transform into a full state of psychosis called alcohol withdrawal delirium (AWD).

People who have struggled with alcohol addiction for a long time are more at risk for developing AWD. AWD is easily one of the most dangerous symptoms of alcohol withdrawal. Psychosis can cause a spike in heart and breathing rates, as well as, full body tremors.
These symptoms can become life threatening if not monitored carefully by a professional medical staff. That’s why it’s important to go to an expert medical detox facility like Footprints Beachside Recovery.

Alcoholic Hallucinosis happens after a long period of heavy alcohol abuse. This form of alcohol induced psychosis is rare, but it’s also the most severe. It’s common for people suffering from auditory hallucinations, like when people with schizophrenia describe hearing voices and other noises.

This type of alcohol induced psychosis is also known to cause severe mood swings. Mood swings are especially dangerous since they can trigger more alcohol abuse, which increases the intensity of psychosis symptoms. Unlike acute intoxication and AWD, psychosis from alcoholic hallucinosis can last much longer. Psychosis symptoms have been reported to last for hours all the way up to weeks at a time. In some cases, the psychosis has developed into a long-term condition that mirrors schizophrenia.

Can Alcohol Induced Psychosis Be Treated?

If you’re experiencing alcohol induced psychosis, it’s a sign that you are suffering from an alcohol use disorder. For many people, once they stop abusing alcohol, the symptoms of the psychosis will begin to fade.

Due to the strong mental health component, it’s recommended to attend addiction treatment that specializes in dual diagnosis disorders. Alcohol induced psychosis can be treated, and the first step is breaking free from alcohol addiction. And with the right detox program, you’ll be able to minimize the symptoms of psychosis during withdrawal.

Footprints Beachside Recovery is a family-run Florida addiction treatment center that can help you reclaim the life alcohol abuse has taken from you. We’ve beaten addiction ourselves and know how isolating this disease can be. But your journey towards lasting recovery isn’t one that you have to walk alone.

Within the first 24 hours of your stay with us, we will take the time to get to know you on a personal level. That way, we can develop a personalized addiction treatment plan to help you heal. Contact our expert team today to learn how you can get your recovery started.