The Connection Between Anxiety Disorder and Cocaine Addiction 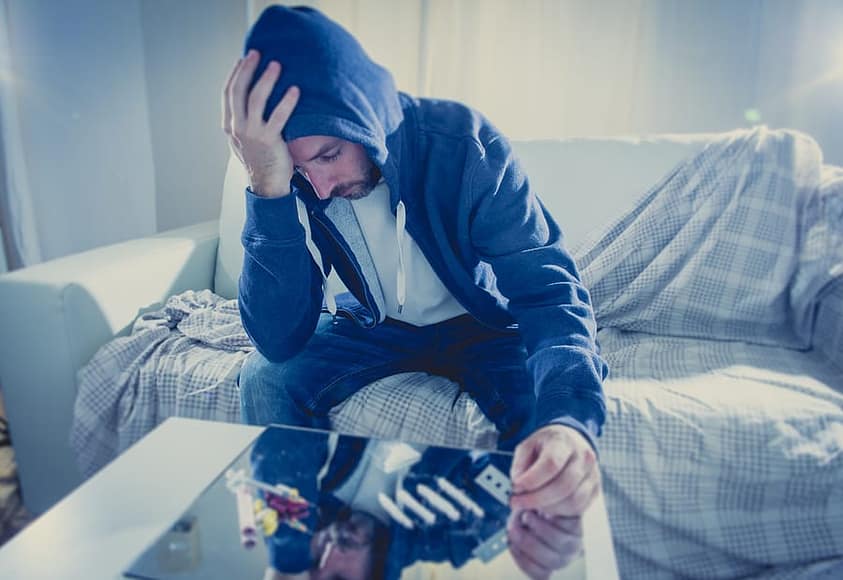 Cocaine addiction and anxiety go hand-in-hand, and many people often wonder if cocaine use causes anxiety. These two issues have a very interesting relationship because their connection can go both directions: Cocaine abuse can lead to an anxiety disorder, but conversely, anxiety can lead to self-medicating through cocaine.

These two problems, known as dual diagnosis disorders, are often so interwoven that by the time an individual reaches a treatment program, it’s hard to even tell which came first.

Someone dealing with anxiety might turn to drugs as a way of self-medicating. In this scenario, the cocaine did not cause the anxiety disorder, but it may heighten the symptoms and will eventually make it worse.

Once this pattern begins, the brain forgets how to cope without the use of cocaine. This leads to a cycle of addiction, as the individual begins to turn to cocaine when any tiny amount of stress shows up in their life. This process deepens both the addiction and the symptoms of anxiety disorder.

In this second scenario, the anxiety disorder develops because of the cocaine addiction. There are several reasons why cocaine-induced anxiety can occur:

The Cycle of Stress, Anxiety, and Addiction

To make matters worse, this process of a deepening addiction puts people in situations that cause even more stress and adds to their anxiety. These include:

Does Cocaine Cause Anxiety?

Cocaine has a reputation as a party drug. People in the entertainment industry have spoken publicly about the rampant use of the drug behind the scenes in the 1980s—even going so far as to allege that movie budgets included cocaine expenses. Dave Chappelle and Charlie Murphy turned musician Rick James famous (or infamous) behavior under the influence of the drug into a punchline in one of the most quoted sketch comedy bits of all time.

However, the good times don’t last, and users often find themselves suffering from numerous mental and physical health issues including anxiety.

For some who are self-medicating for anxiety issues with cocaine, this feels like a return to the status quo, but it is possible for cocaine to cause anxiety in individuals who previously had no history of the condition.

Why Does Cocaine Cause Panic Attacks?

Cocaine changes the way your brain works. The communication systems work faster, and these disruptions can cause feelings of anxiousness. Likewise, when you come down from the high, your mind will struggle to find equilibrium which may leave you feeling sluggish, anxious and depressed. This is where cocaine-induced anxiety disorders come into the mix.

Since either one can cause the other, both issues need to be treated simultaneously in a dual diagnosis treatment facility. We specialize in treating those with co-occurring conditions such as anxiety and cocaine addiction.

At Footprints Beachside Recovery, we realize every addiction is different. That’s why we work with each client to develop an individualized treatment plan to meet his or her needs.

Do you want to break the cycle of addiction and anxiety? We can help. Contact us today to take the first step in regaining control of your life.