Can Cigarettes Lead to Drug Abuse? 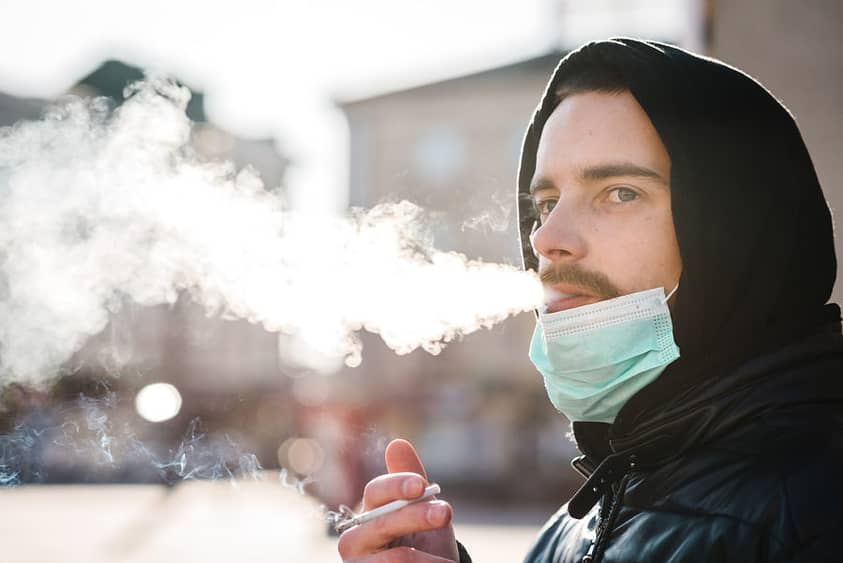 Some people do it to relieve stress, others use it as a quiet break while they’re working. Whatever the reason, the Centers for Disease Control estimates that 34.1 million Americans smoke. The problem is the health concerns that come along with smoking, such as cardiovascular disease, various types of cancer, heart disease and stroke.

Apart from these health risks, though, there has been growing concerns that cigarettes act as a gateway drug for illegal substances. Is there some truth behind this line of thought, or are cigarettes caught up in the stigma created by substance abuse?

Are Cigarettes a Gateway Drug?

Since nicotine is the main ingredient in cigarettes, people tend to struggle to quit smoking. While nicotine is an addictive substance, does that mean it paves the path to other drug use? Recent research suggests that smoking cigarettes may, in fact, be a gateway drug.

In 2016, a national survey found that adults who smoke are more likely to need substance abuse treatment than those who do not. The common substances that they found smokers transitioned to included marijuana, heroin, cocaine and alcohol.

Cigarettes Effect on the Brain and Substance Abuse

Nicotine from a cigarette can hit receptors throughout the brain within ten seconds and trigger actual changes in the brain. For example, the frontal cortex, corpus striatum and the mesolimbic area all release dopamine, a neurotransmitter responsible for helping you feel good. When nicotine hits these parts of the brain, it causes the release of an unnaturally high amount of dopamine. While this feels good in the moment, extended cigarette use can build a tolerance and trigger dopamine cravings in the brain.

This is important to note because it’s how addiction to other substances like alcohol and opioids develops. When you smoke cigarettes, your body grows accustomed to the amount of dopamine that’s released, just like it would with alcohol or other drugs. The rush of dopamine from cigarettes can be a powerful motivator to try illicit drugs, like cocaine, heroin, meth and opioids, to experience a more powerful high.

The Connection Between Cigarettes and Cocaine Use

A 2011 study uncovered the link between cigarettes and cocaine abuse by looking at how mice reacted to nicotine and cocaine use. What researchers found was that the mice that were given nicotine had an increased response to cocaine. This was because nicotine changed proteins in the brain that increase the “high” caused by cocaine.

The researchers then expanded their efforts and studied teenagers struggling with cocaine abuse. They noticed that 81 percent of the teens who were abusing cocaine were also smoking cigarettes.

It’s important to note that cigarettes are not the sole cause of drug abuse; Not everyone who smokes cigarettes will end up abusing illicit drugs. Past trauma, genetics, stress and anxiety all play a role in the development of a substance abuse disorder.

At Footprints Beachside Recovery, we’ve been through addiction ourselves, so we know what you’re going through. We’ve also recovered from addiction, which is how we know you have the potential to break free from the hold that substance abuse has over your life.

Nestled in the old Florida beach town of Treasure Island, you’ll have a serene place to privately heal your mind, body and spirit. As one of our previous clients, Brooke, said, “Footprints saved my life. From my first day there doing my intake, I felt like family. The staff treated me with dignity and respect and always made me feel like a priority.”

If you’re ready to start your journey towards lasting recovery, contact our admissions team today.