The Difference Between MDMA and Ecstasy

MDMA vs. ecstasy: is there a difference? In short: no. MDMA is an abbreviated form of methylenedioxy-methamphetamine and is the main component in the popular party drug ecstasy. Ecstasy (or molly) is the shorthand street drug name for MDMA and is often cut with other drugs in order to induce stronger or altered effects. However, any drugs labeled MDMA, ecstasy, or molly are subject to no regulation, seeing as they’re illegal substances. No matter the name, the contents can be more than what’s advertised. For all intents and purposes, MDMA and ecstasy are identical drugs.

Ecstasy and MDMA are classified as Schedule I by the DEA, meaning they are highly abusable and have virtually no medical application. Their prevalence, combined with their addictive nature, makes recovering from an ecstasy addiction immensely difficult. If you know somebody with an ecstasy addiction, help is available. Reach out to Footprints Beachside Recovery today by calling 727.513.5972, and learn how ecstasy addiction treatment can make a difference.

The Various Names of Party Drugs

Ecstasy, molly, beans, Bugatti, hug drug, adam, disco biscuit, XTC, MDMA. It’s confusing to have so many names for one drug, so why? The answer is actually because it’s confusing. Those in the know, usual frequenters of said drugs, will have no problem identifying a loosely related name, but an outsider might be left scratching their head. Lists of the slang terms for drugs can be found on official government drug fact sheets but can’t account for names that are locally specific to places or even social circles.

Additionally, some official drug names are unintuitive to remember, much less used in a sentence. Ecstasy and molly became much more popular terms for this reason. This had less to do with obfuscation purposes and more with ease of communication. The name ecstasy, in particular, literally derives from how the drug can induce feelings of pleasure and emotional warmth.

How Does Ecstasy Affect the Body?

Now that MDMA vs. ecstasy is settled, what does it do? Ecstasy is, as mentioned before, a moderately popular party drug. Common routes include being taken via tablet or gel capsule, which can be administered nasally or as a liquid. It’s similar to other stimulants and hallucinogens in that it enhances the perception of things like time and senses and alters mood to make socializing effortlessly easy. That’s the intended effect. However, the detrimental effects of ecstasy follow shortly after. They include:

Over longer periods of time, sustained ecstasy use can result in the kidneys, liver, and heart slowing in function or stopping altogether. Cardiovascular failure as a result of ecstasy use has caused deaths in those with no prior medical conditions. The effects of ecstasy on certain organs are dangerous, but its addictive pull affects significantly more users.

When it comes to MDMA vs. ecstasy, the main difference is in the names. MDMA typically comes in capsule form, while ecstasy is a tablet. The chemical makeup of the drugs are mostly unchanged, though ecstasy may be cut with other substances. Contrary to popular belief, the drug is simply known as MDMA, regardless of its dosage or appearance. The term ecstasy is a popularly used moniker due to its euphoric highs and oral ingestion. Regardless of the name, party drugs are all dangerous to use.

Ecstasy is highly addictive. Living with an ecstasy addiction can have detrimental effects on health, relationships, and psychological well-being. If someone you love has suffered from a dependency on ecstasy, there are solutions. At Footprints Beachside Recovery, we can help those dealing with an ecstasy addiction set their lives back on track. Our facility is located in the beautiful Gulf of Mexico and is suited to accommodate any patient, no matter their situation.

Find out which program suits your needs best by calling the specialists at Footprints Beachside Recovery today at 727.513.5972. We’ll answer any questions you may have about the ecstasy addiction treatment program and the difference between MDMA vs. ecstasy and give consultation on how treatment can be personalized to suit your needs. 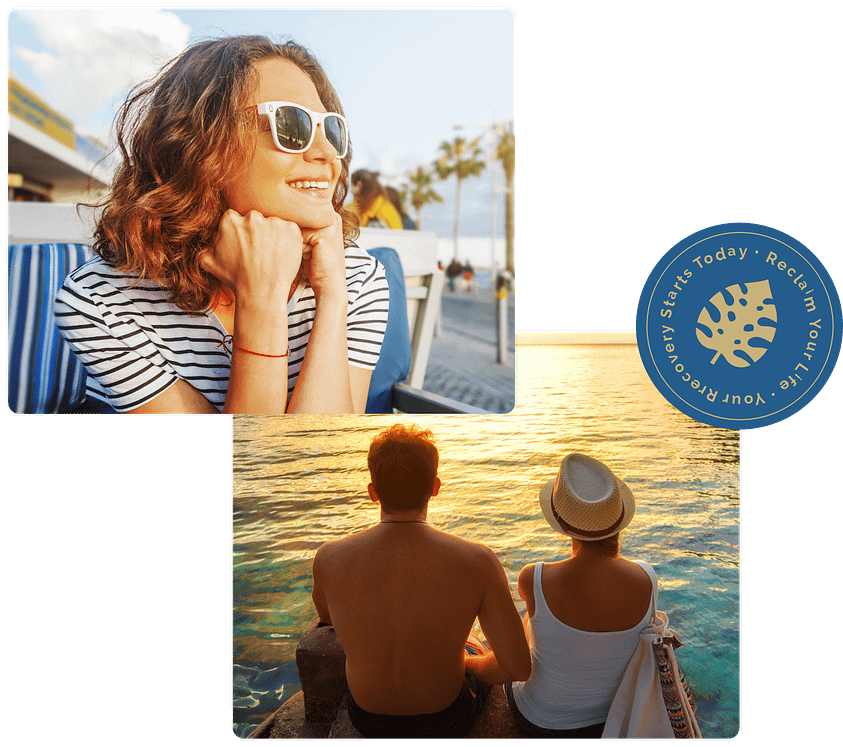